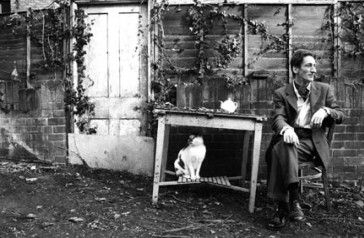 Alastair was born in Birmingham some time between Bev Bevan and Duran Duran. Despite persistent rumours, he attended various educational establishments and successfully qualified as an aimless teenager, ending up in a Midlands studio, where he honed his tea-making skills.

And thence to playing keyboards for THE FAT LADY SINGS where he perfected the art of sleeping in a van and dressing up. A tour of the USA culminated in marriage and the breakup of the FATS though, despite his best efforts to concoct a rock and roll story, there was no connection between the two events.

The need to put food in the cat bowl drew him back to his TM and FOH engineering roles, and so began a new phase in his life, pushing buttons and boxes for the likes of ASH, 18 WHEELER,THE WANNADIES and JIMI TENOR.

The marriage ended after a disagreement over tour support, but led to him getting his guitars back, and as a way of avoiding extensive therapy, writing some songs. Enlisting help from the likes of TIM BRADSHAW (The Fats, Dogs Eye View, David Gray) and HERBIE FLOWERS (Bowie, Tom Jones, Marc Bolan, Sky, Lou Reed, Clive Dunn, and everybody else) he set about recording what was to become Poet, Servant, Clown or Queen

The subsequent years saw Alastair back in the fray as engineer culminating in 36 months of world travel and shoe buying with KEANE. Meanwhile new songs were written on the road and recording done during the breaks in the touring schedule. Slowly, the album, FOUR LAWN HOPE, took shape and was completed in the summer of 2006.

A far more acoustic affair, reflecting his love of artists such as ALISON KRAUSS and MINDY SMITH, it still retains its essential Englishness. Imagine Noel Coward playing Bluegrass and youll still be wide of the mark!

Album release is set for late autumn and live dates, with both the Tea Dance Band and solo, are in the pipeline.